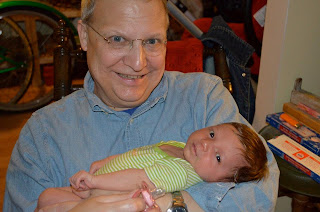 I met Gregory Zuroski in February, 2004 interviewing for a Development Associate job at the Brooklyn Children's Museum. During the interview I was asked standard questions about my work experience, my computer skills and my career goals. And then the interview took a turn. Greg, then the Vice President for External Affairs had been mostly quiet during the interview. When all the basic questions were answered, he turned his twinkling blue eyes to me and asked "What do you do in your spare time? Do you have any pets? Tell me about you outside of the office!" I promptly told him about my passion for cooking and baking, and also that I had five cats at the time whose names were Tony, Carmela, Paulie, Bobby and Meadow (Carmela's kitten of course....). He laughed, everyone laughed and I got the job. I'm not quite sure if it was my experience or my cats that did it for me.

But thus began one of the most cherished friendships of my life.  Greg was the type of boss that you can only dream about. He was supportive, allowed us to stretch our creative wings and his version of a reprimand was taking us out for coffee or ice cream so that the reprimand had something sweet to make it go down easier. I think once there might have even been a lecture over a liquid lunch. Greg never said no to anything but encouraged all of us who worked under him to try new things, to not be afraid and to live life to the fullest extent possible.

After 2 1/2 years at the museum, I was ready to move on and Greg, as always, was ever supportive. I was fortunate to get a Development position with the American Academy in Rome - an organization that gave fellowships in the arts and humanities for one year of study at the Academy's grounds high on the Janiculum Hill. During my first year there, I was lucky enough to travel to Rome and immediately fell in love with the city and it's food. Greg and I had often talked of preparing a meal together and this seemed the perfect opportunity. Upon my return, we picked a date, invited friends over to his home and planned our menu (see photo below). We cooked up a storm. I think we probably had about 10 people total that were eating, but I'm sure we cooked enough to feed a small army..

That was the weekend I took my first trip to Arthur Avenue. I grew up in Brooklyn so my little Italy was the neighborhoods near where I grew up. Bensonhurst, Bay Ridge, Sheepshead Bay - and the occasional trip with Dad to the (West) Village. Arthur Avenue was too far away for us to venture. So imagine my surprise and delight the first time we walked into the indoor bazaar and Biancardi's meat market and the fish store and the fresh pasta place and stopping for a slice of pizza. It was all such an amazing experience and getting to share it with Greg was extra special. We deferred to each other's expertise but he always reminded me that I was the executive chef of this meal. The next day we did the cooking with assistance from his friend Harvey up at his place and had more fun putting this meal together than I think I've ever had in the kitchen either before or since then.  We talked, laughed and drank way too much wine and I remember cutting my finger fairly badly while cleaning calamari (Greg said it was silly to buy it cleaned when we could do it ourselves). A quick rinse, a bandage and a wine refill and it was right back to work.  We always said we wanted to do it again but scheduling something was hard and time passed too quickly. 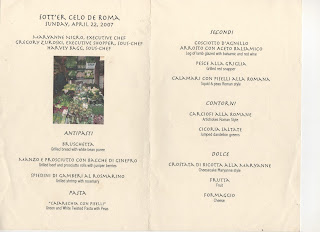 That weekend was one of the happiest memories I have. Greg had this silent way of making you feel like there wasn't anything you couldn't do. That there wasn't a mountain you couldn't climb and if you had any instances of self doubt he took them away. But he did all of this in a quiet, mild mannered way so that you didn't even realize it was happening. You might start out wavering in your confidence but after talking to Greg, suddenly the impossible became possible.

Only a few months ago, I contacted Greg to ask if he would be a reference for me for the Development Director position with West Side Campaign Against Hunger. At the time, I hadn't realized how sick he was and when I found out that there was difficulty reaching him, I began to realize the gravity of the situation. But, ever a champion to those around him, Greg managed to get in touch and provided what I think was probably the reference that clinched the job for me. A few weeks later, I wrote to thank him for his support and to see how he was doing. He never once complained or seemed unhappy. He spoke of a desire to get together and cook again, and reminded me to join the Association of Fundraising Professionals for the support it would offer me in my career path.  That was Greg, always thinking of others and never of himself.

When I heard the news of his passing, I was and still am overwhelmed by the number of things I won't get to share with him. He was a huge supporter of my blog and my writing, always encouraging me to tell my story. We won't have another trip to Arthur Avenue together, we won't be able to exchange emails about old Italian American recipes that no one else seems to know about and he won't be there to remind me to not be afraid of my challenges, but to meet them head on. But I am so grateful for the time that I had with him. I will consider myself forever lucky to have known this kind, gentle, supportive soul and I am forever changed because I knew him.

I'm not sure what happens beyond this life. But if there is a heaven, I've always wanted it to be a big dining room table, with all of the wonderful people who've passed through my life sitting around it and telling stories. Never ending stories around an ever abundant table. That's how I picture Greg now - sitting at the table, with his blue eyes twinkling, telling stories of food, friends and family.

Thank you Greg. You made such an impact on so many people, and my world feels darker and smaller without you in it. To honor your memory I will continue to cook and continue to write and always will have you in my thoughts, especially when I'm wandering the shops on Arthur Avenue. Maybe one day I'll get that cookbook written and if I do - you'll get a huge part of the credit.

Rest in peace my dear friend. Someday I hope to see you, at the dining table again.