Smother Me With Love 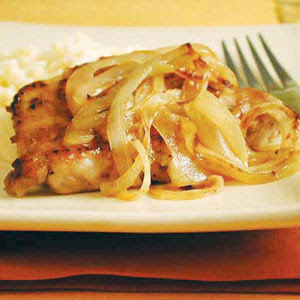 I work in fundraising so the fall season is always my busiest. Year end mailings, solicitations, lists, events, reports, analysis...it all seems to be needed at once. Add to that 3 graduate courses in nonprofit administration and what you end up with is one very stressed me. After what felt like an incredibly long work day, I just couldn't handle the thought of going to class last night. My head was full of numbers and data and deadlines and the thought of sitting in a hot overcrowded classroom on the 13th floor of what is possibly the saddest building in the entire CUNY system listening to my professor drone about the wonders of strategic management did not inspire me. Nor was I in the mood to battle with the overzealous security guards who control the elevators in said sad building. "13th FLOOR EXPRESS ONLY! MOVE TO THE SIDE! TAKE YOUR BAGS OFF!" as they pack us into the little metal box like sardines into a can minus the delicious bath of olive oil.

So using an art I perfected in High School, I cut class for the evening. I was immediately filled with a heady excitement. What will I do with my night off? Should I go out and paint the town red? Pick up bad take out and curl up on the couch with a chick flick? Be productive and clean my apartment and do laundry? No. None of these would do! As I rode the subway uptown to the northern end of the world otherwise known as Washington Heights flipping through one of my favorite foodie magazines I was struck with inspiration! Smothered Pork Chops! What better way is there to spend an evening than smothering something!

I got off the train and headed to my favorite overpriced but best quality Washington Heights market on West 187th Street and picked up two bone in pork chops, cremini mushrooms, a large Spanish onion and rosemary. I also picked up the ingredients to make a cauliflower puree to go along with my chops.

I set to work immediately upon getting home. Well almost immediately, first I had to take care of the screaming kitty that was pacing around my ankles whose cries could only be translated to "Feed me! FEED ME! I'm STAARRRVVVINNNGGG". Once that was taken care of and the sounds of "nomnomnompurrrpurrrpurrnomnom" filled the kitchen, then I set to work. I sprinkled the chops with salt and pepper (both sides of course) and then gave them a light dusting of flour (and as usual gave myself, the kitchen and the cat a light dusting as well). A little olive oil in my cast iron skillet and I set the chops to browning. While they seared I sliced the onions, mushrooms and chopped up the rosemary. Once the chops were browned on both sides I removed them to a plate, added a little more olive oil and added the onions to the pan to start them cooking. After about 2 minutes I added the mushrooms and rosemary plus a little more salt and pepper and let it cook for about another 5 minutes. After the onions and mushrooms were brown and yummy looking I added the pork chops back into the pan along with any juice that had collected, added about a cup of water and let it simmer, covered for about 30 minutes.

Meanwhile, as the chops simmered away I prepped the cauliflower. I broke the head down into florets and then added them to a pan with chicken stock and rosemary. I let it boil until the cauliflower was tender. Into a blender with about 1/2 - 3/4 cup of the cooking liquid and then pureed till smooth. Once its smooth I added about 1 tablespoon of butter and about 1/2 cup of grated pecorino romano.

By that time the chops were deliciously tender. Serve by spooning some of the puree on the plate, add the pork chop and top with some of the mushrooms and onions.

Back in my High School days cutting class meant sitting in the courtyard, smoking cigarettes and wondering if my guidance counselor was going to tell my mother I cut when she made her weekly call to make sure I was going to class. Last night I called my mother myself to let her know I skipped and told her exactly what I was doing and was still somewhat surprised when she said she understood completely. My my...how things have changed!
Posted by Maryanne at 11:13 AM